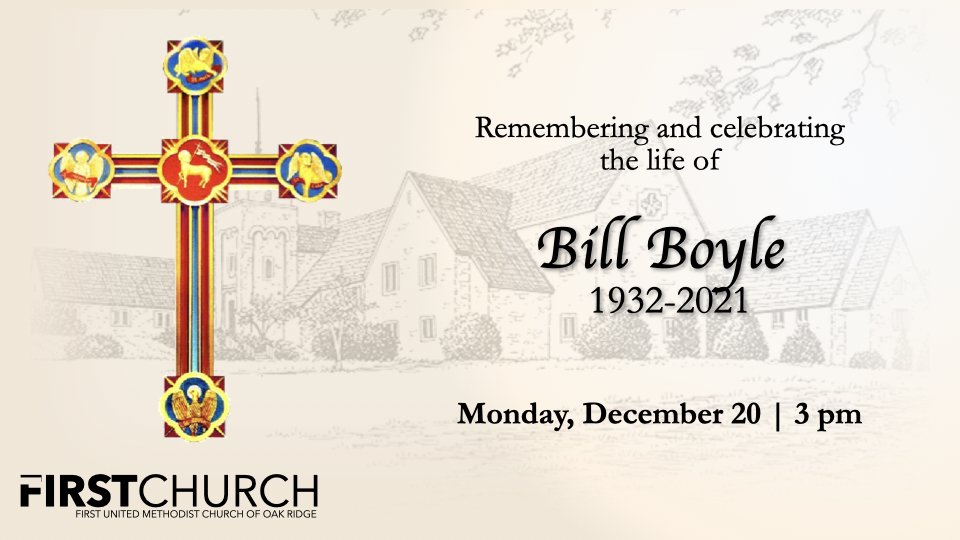 William Robert Boyle died at 89 on the evening of Wednesday, December 15th after a lengthy illness. Born in Patterson NJ, Oak Ridge has been his home for 44 years. He is survived by his wife of 62 years, Joanne, their five children – Debbie (Boyle) Young, Robert Boyle, Julie Summers, Susan Summers and Elizabeth (Boyle) Asnip – and nine grandchildren. “Bill” was an educator, a mentor and a servant of Christ. The first in his family to finish college, he served as a Lieutenant in the Air Force from 1955-1957. During his service he worked in the Special Weapons and Nuclear Applications Maintenance Engineering, Headquarters Air Material Command. After service, he first completed a M.S. in Nuclear Engineering and later a PhD in Chemical Engineering at WVU. There Bill went on to become a professor and an Associate Dean of Engineering. One of his many contributions at WVU was working on the invention team for the Personal Rapid Transit (driverless monorail). In 1977, Bill and his family moved to Oak Ridge where he was head of the Manpower Education Research and Training Division (MERT) at ORAU, where he mentored many researchers and scientists. A pillar of the church, Bill taught Sunday School, served as a head usher and after retirement led the Stephen Ministry at First United Methodist Church. An avid reader, he worked on a pension plan for retired pastors, led a local Walk to Emmaus group, and became a popular lay preacher. Bill was a tireless worker and a man who enjoyed life; many people have said he was the smartest person they knew. Bill will be remembered as a loving husband, father and grandfather, and a man of deep faith.