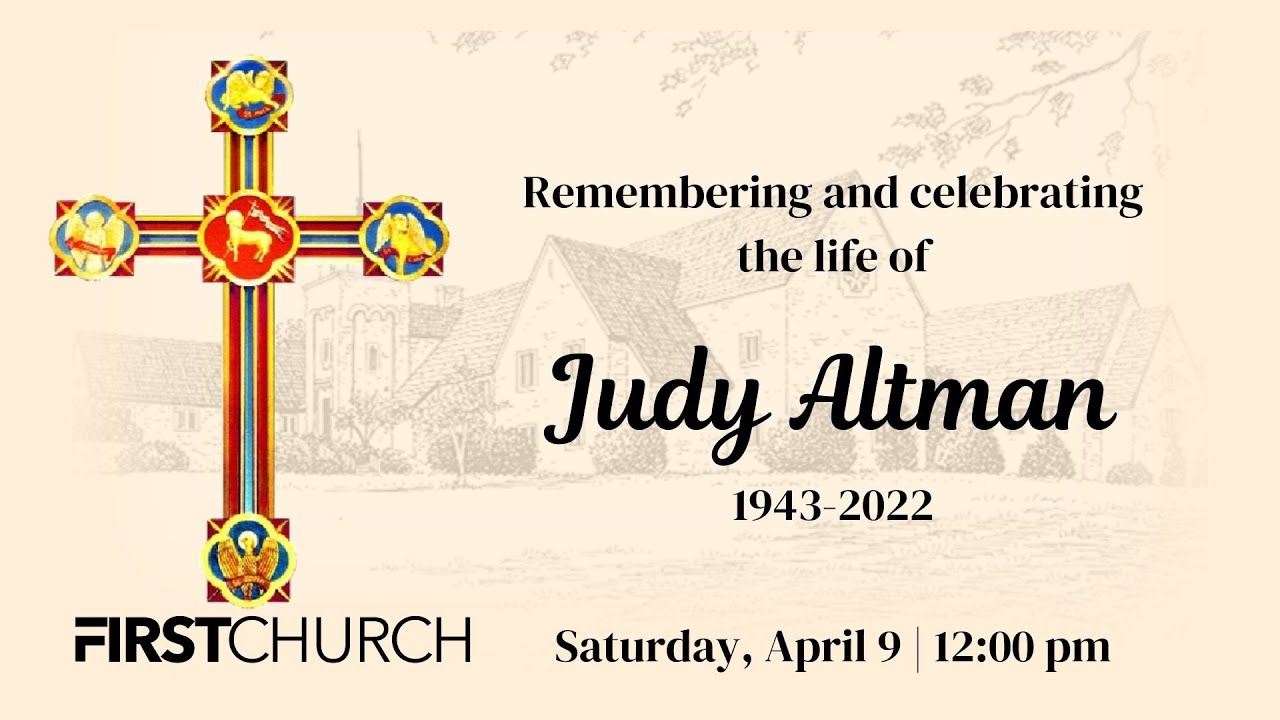 Judith Bickley Altman, age 79, entered eternal rest peacefully, on Saturday, March 26, 2022, after a courageous battle with Multiple Sclerosis. She fought the good fight, finished the race, kept the faith, and is now healed and made whole wearing her crown of righteousness dancing on the streets of gold smiling down on us.

Judy was born, March 18, 1943, in Philadelphia, Pa., to Ernest Herman and Edna Roth Bickley. She graduated from Central Bucks HS and began her career as a RN after graduating from Allentown Hospital School of Nursing in 1964. Judy nursed at Philadelphia area hospitals before moving to the University of Virginia Hospital. In 1972, former President Lyndon Johnson was treated at the hospital after a heart attack. As Head Nurse, Judy led the staff providing his care. She served as Head Nurse in the CCU for several years before being promoted to Staff Development Nurse. J

Judy was diagnosed with chronic progressive MS at age 44. Even after being diagnosed, Judy was active in her children’s school activities and at church. She was a fan of Oak Ridge HS football, soccer, UT football, and Atlanta Braves baseball. She lived at home for 17 years until 2004, when she moved to Briarcliff Health Care Center (now Diversicare). Judy enjoyed and thrived there. She served five terms as President of the Resident Council; was a member of the Briarcliff Red Hat Society; regularly attended church services; and continued to root for her favorite sports teams on television. She was an ardent cheerleader for her favorite Jeopardy contestants, and a renowned Bingo player but particularly looked forward to family visits. Judy was a social butterfly. She would greet new residents, tell them how good God is, and invite them to receive Jesus as their Savior. Her love for others and unwavering faith inspired everyone who knew her. In 2016, she was honored in ‘Who’s Who in Tennessee Nursing Homes’. Her nomination read, “Judy has a positive outlook on life, and her friends in school called her, ‘Smiley.’ She has faced several health challenges, but it has not altered her sunny disposition or happy outlook on life…She states, ‘I love people, and I love helping them. I feel like I am a voice for people here who are unable to express themselves.’ Judy enjoys staying active…Judy states the secret to her happiness is trusting the Lord and keeping a positive attitude. We are very fortunate to share our home with Judy.”