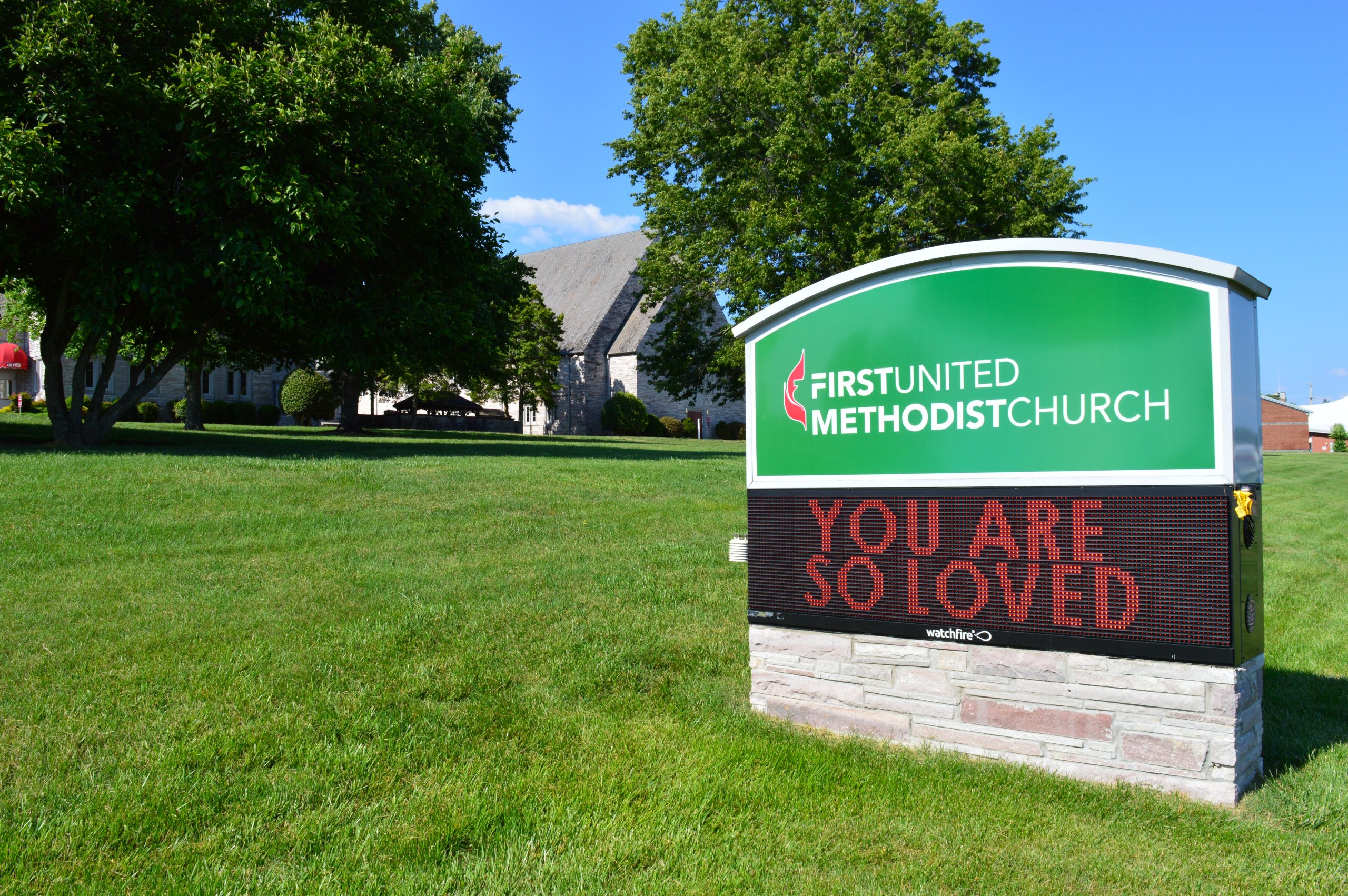 First United Methodist Church began as a loose gathering of displaced Methodists who had relocated to the new secret government-owned town of Oak Ridge, TN around 1942.  They were served by a young pastor named Robert Lundy, who led early Sunday meetings in the town’s movie theater – which they would transform into a worship space, and then promptly back before the Sunday matinee began.  The congregation was made up of young 20 and 30 somethings, who had accepted the mysterious task of working on an unknown project in an unknown place during World War II.  Many of these founding worshipers remain in Oak Ridge, and have formed the backbone of First UMC for its 70 years.

After the war ended, the US government allotted space for each of the church communities to build.  First UMC completed the construction of most of what we know as the church in 1958, as one can see on the cornerstone that resides on the building below the Memorial Garden.  An additional wing, including the Multipurpose Room was added in the late 1960’s.

In 2008, Trinity United Methodist church on the west side of Oak Ridge decided to merge with First UMC, enabling the congregations to grow stronger and to use the assets from the Trinity community for the betterment of Oak Ridge.

The church has grown in many ways since its beginnings – especially in helping to foster new initiatives in the Oak Ridge community like the annual Earth Day Festival, the Oak Ridge Free Medical Clinic, and our newest initiative using the former Trinity UMC Church facilities, the Trinity Outreach Center.

FUMC lies within the Tennessee Valley District of the Holston Conference of the United Methodist Church.  We have one appointed United Methodist elder as pastors, and also employ other ministers as needed.

We embrace Jesus’ message that God loves and accepts every person. Therefore, we welcome all to share in the life and ministry of this community of faith. Our welcome knows no boundaries of age, race, ethnicity, culture, gender identity, sexual orientation, marital status, economic condition, physical ability or mental ability.

Beginning in January, Rev. Mark Flynn and Rev. Seth O’Kegley-Gibson will co-lead a seven-week study entitled “Why We Worship As We Do.” Each week, they will facilitate a conversation about one or more of our current worship practices through the lens of scripture, tradition, and reason, and experience. Virtual classes will take place on Monday…

Coping with Your Grief During the Holidays Allow yourself to acknowledge your grief.  Your celebrations will include sad moments as well as happier ones. Find time for yourself – to remember and to reflect on past holiday times. Know your own limits – decide what you can do comfortably, and ask others for help. Let…

Isaiah 9:6-7: For a child has been born for us, a son given to us; authority rests upon his